As a first time mom, one of the things I obsessed about for about a month and a half was what to pack in my hospital bag. I looked on Pinterest, read my friends blog posts, and reached out to my Instagram peeps. After one big trip to Target (and one to Walmart, where I found my actual hospital bag), I was pretty much set.

Let me start with what I ended up buying and packing, because I remember it all. 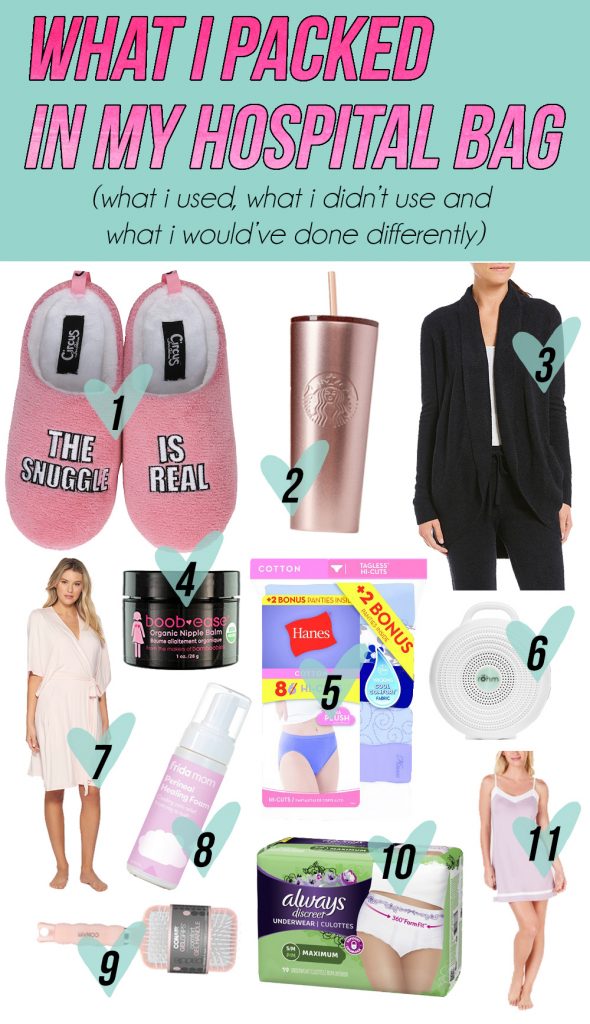 Because we were induced, I had time to put my bag together and walk into the hospital super prepared. Well.. as prepared as you can be to walk in a family of 2 and walk out a family of 3.

I’ve had a few people ask me what we packed in our hospital bag and what we used. I listed what we brought, and now to tell you what we used.. 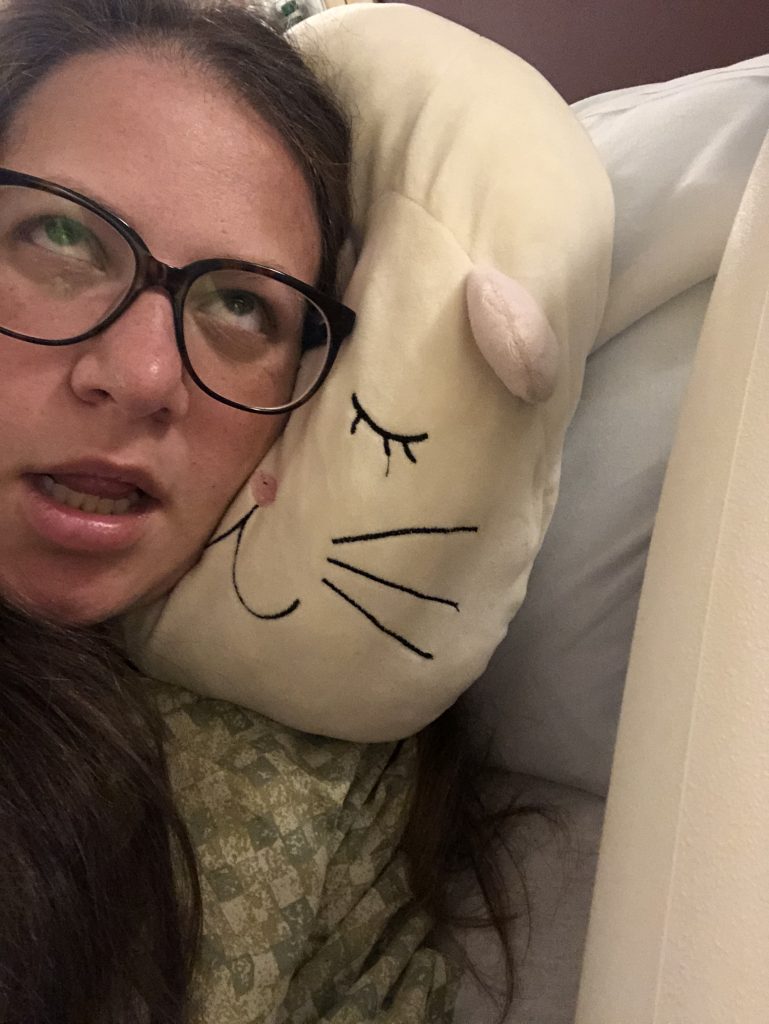 Out of all of that, I used my own pillow (pictured above!), the sound machine, a nightgown (on our last night) and my hairbrush. That is literally everything I used. Although I used my favorite cat pillow, I also used roughly 237 of the hospital pillows to make a nest for myself on the hospital bed the first night and during the second day. From the minute she was born, we turned on the sound machine so the baby wouldn’t have to experience big empty silence for the first time right after being born.

Honestly, everything went SO FAST that I didn’t even really think to get my stuff out. I got the hospital gown on when we first got to the hospital, spent all night trying to sleep, and then had so many people coming in and out before they started the contractions that I didn’t even think about changing. After she was born, I realized that my nightgown allowed for easier skin to skin than the hospital gown, so I wore it the second night so we could snuggle closer together.

Before we were discharged, I took a shower with the hospital’s all in one wash because I was trying to pack and didn’t want to dig around for my stuff, and then I used my hair brush to destroy the one big dread my hair had turned into because I put it into a ponytail and literally never took it out. Don’t do that, it’s rough.

So basically I spent hours researching and collecting supplies and packing and barely used ANYTHING, but you know what… I’d do it again in a heartbeat.

There comes a point in your pregnancy (I’m guessing I should add your FIRST pregnancy because all second+ time moms pack their bags at the last minute) when you’ve done everything there is to do. Your nursery is ready, the clothes are washed, the car seat is installed and you just need to DO something. I had NO IDEA of what to expect. When I first started packing my bag, I was assuming we’d experience spontaneous labor and so I kept thinking “well, tomorrow it could happen.” There’s only so much emotional preparation you can do before you need to do some tangible preparation.

All the things people said were right; the hospital gives you everything you need. The water bottle, the socks, the disposable underwear and everything to put in it.

If I were to do it all again, I wouldn’t change a single thing. Yes we ended up making multiple trips to the car when we were discharged (we got flowers! and snacks!), but I needed the opportunity to DO something for a week. I ended up using everything I purchased during the postpartum period, so it’s not like any of it went to waste.