For the past two and a  half-ish years, I’ve been the worst at reading. My goal to read 50 books in 2.75 years was laughable. I hardly picked up a book, and then at the end of last year I thought “well (@*&%, I need to read the whole Harry Potter series,” so back in November I decided to try and re-read the HP series by the beginning of June. 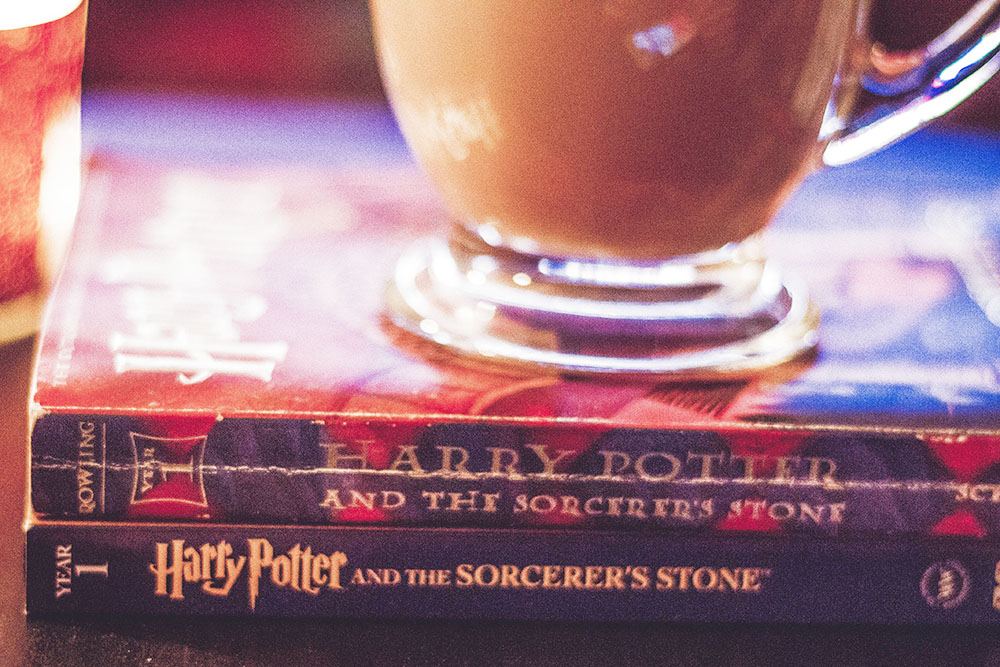 Last night I put down Harry Potter and the Deathly Hallows with a heavy but empty heart and stared at the ceiling and thought, “where do I go from here?”

I’ve read Harry Potter. I’ve seen the movies. But each time I read the books, I pick up on more than I did before.

I’m about to spoil some stuff so if you’ve never read the books or seen the movies and don’t want to know anything, then please X out now. 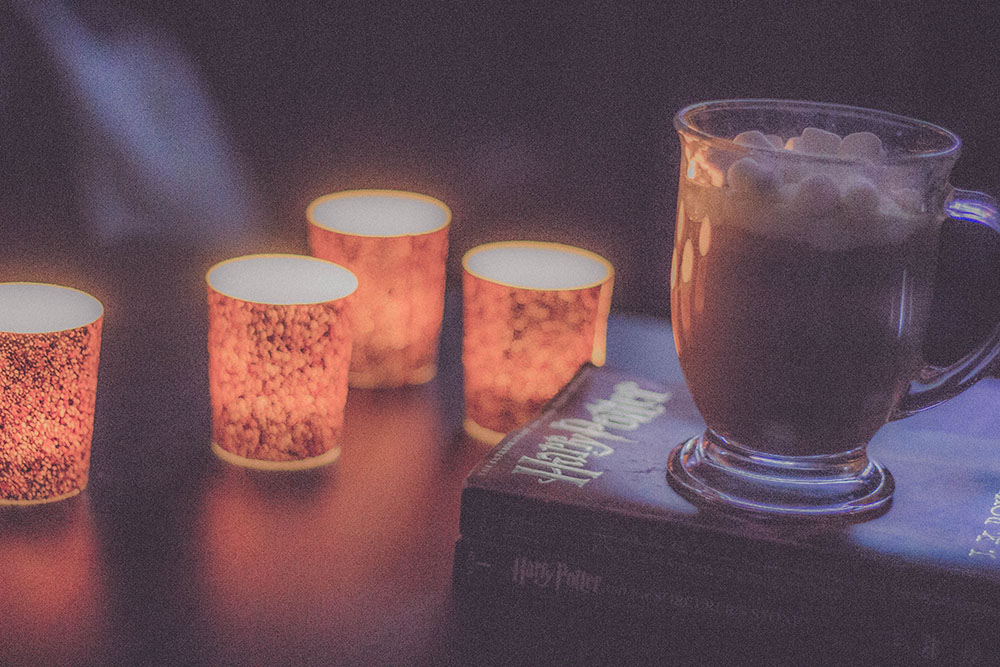 On this read through I fully appreciated the growth of Ginny and Harry’s relationship. I’m not sure why but I kind of glazed over it previously. I was reading the part where Harry was suppressing his feelings towards her because she’s Ron’s sister and I had to stop and show Ernie the Cho Chang song from A Very Potter Musical (PLEASE TELL ME YOU’VE SEEN THIS IF YOU’RE A HARRY POTTER FAN). Unfortunately for me, Ernie Halter has no interest in Harry Potter and as I was reading the scene where Dumbledore dies, Ernie kept singing “CHO CHANG!” at the top of his lungs, and I just couldn’t handle it.

For the first time I actually understood why Harry was the proper master of the Elder Wand. For whatever reason I just kind of shrugged and agreed and it didn’t make sense to me, but this time I read it and completely understood it.

At the end of The Goblet of Fire, when Voldemort comes back, I felt a sense of fear and panic that I’ve never felt before and was so stupid since I OBVIOUSLY knew what was going to happen. I remember putting the book down and getting up and pacing around the room, wishing I had HP + The Order of the Phoenix with me so I could keep going. I’ve never had such an intense response to the story. It was kind of weird.

I texted Mei-Ling about how I’d finished it and she said it gets worse each time you re-read it. I realized it’s kind of like how drunk drivers walk away with less pain from a car crash than the person they hit – they have no idea what’s coming, but the sober drivers see the danger, tense up, and tries to avoid it. Re-reading HP is like being the sober driver in that example. You know what’s coming and you’re bracing yourself for it, which means you’re likely to walk away a little more sore than if you had no idea what was coming.

My new 101 in 1001 list has me re-reading and re-watching the Harry Potter series in the next two and a half years, so I’m excited to see what I pick up on this next time. I’ve already started re-watching them in anticipating of going to The Wizarding World of Harry Potter in October (as part of our honeymoon!). I cannot wait for the butterbeer ;D 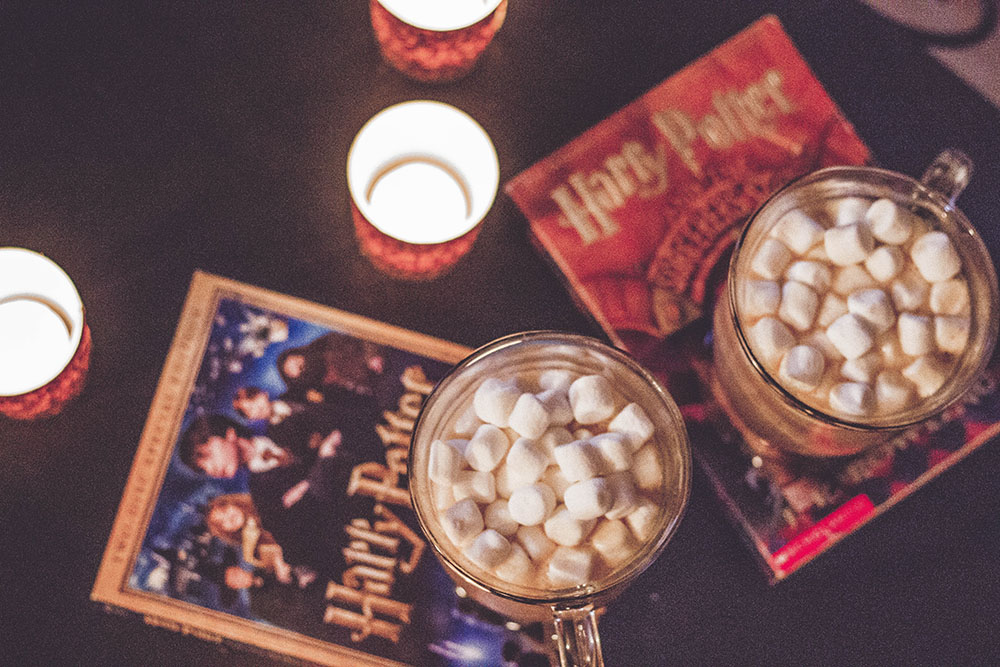 Let’s geek out about Harry Potter. What are some things you’ve picked up on during your second or third or etc read-throughs? What house are you sorted into? I’m definitely Gryffindor, but I’m definitely Neville Longbottom.

ps these really terrible pictures are from a time when I was going to post a Butterbeer Latte recipe, but realized that the pictures sucked, I lost the recipe and I didn’t actually know what Butterbeer tasted like, haha.