Luckily the ice melted enough for us to take a little trip up north to attend my friend's LuLaRoe Pop Up Launch, which is in the same town as the coffeeshop that carries one of my most FAVORITE coffee beverages – the Almond Joy Mocha. Normally I get them iced, but since EVERYTHING ELSE WAS ICED, I went with a HOT Almond Joy Mocha for the first time… and I was not disappointed!

Also – because of the weather, I found myself snowed/iced in at Justen's parents house with the suitcase of clothes I'd taken to California. Not only was I weather stir crazy, but I was wardrobe stir crazy. 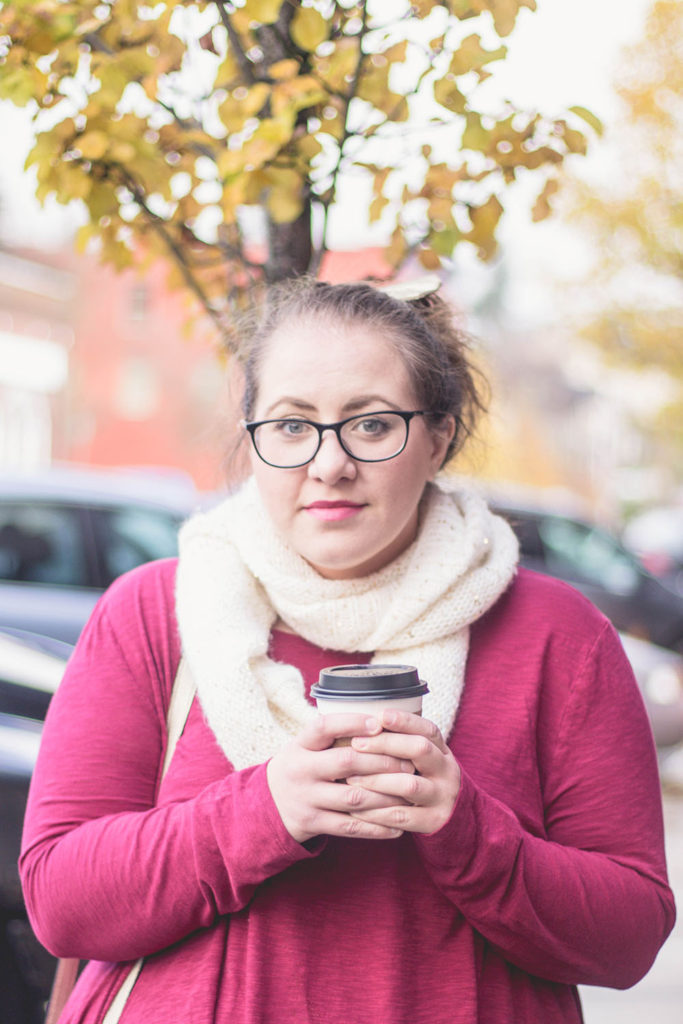 I finally made it out, though. and this is what I wore. 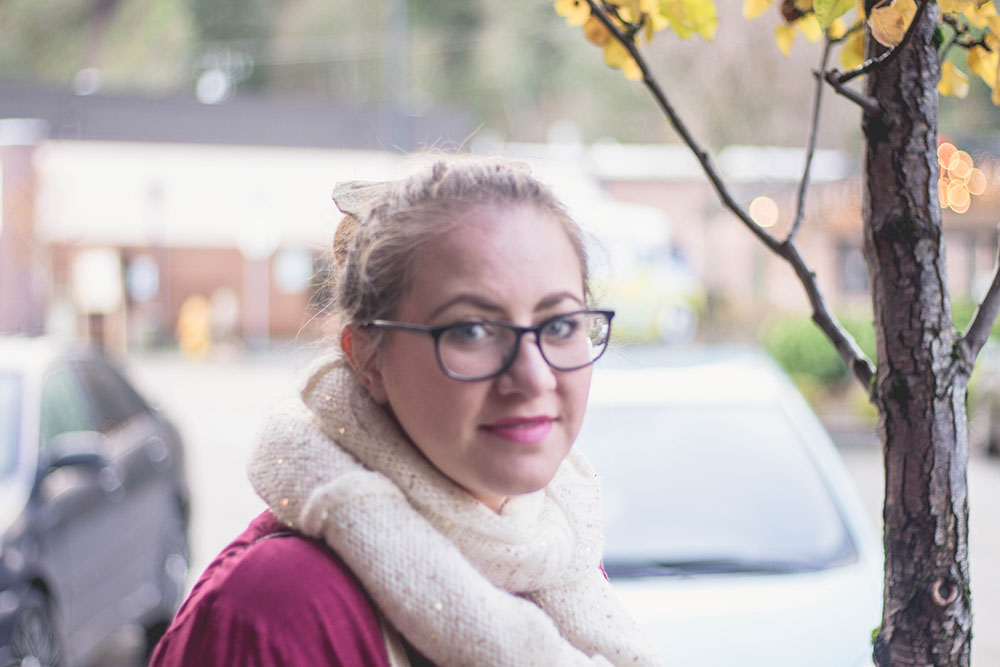 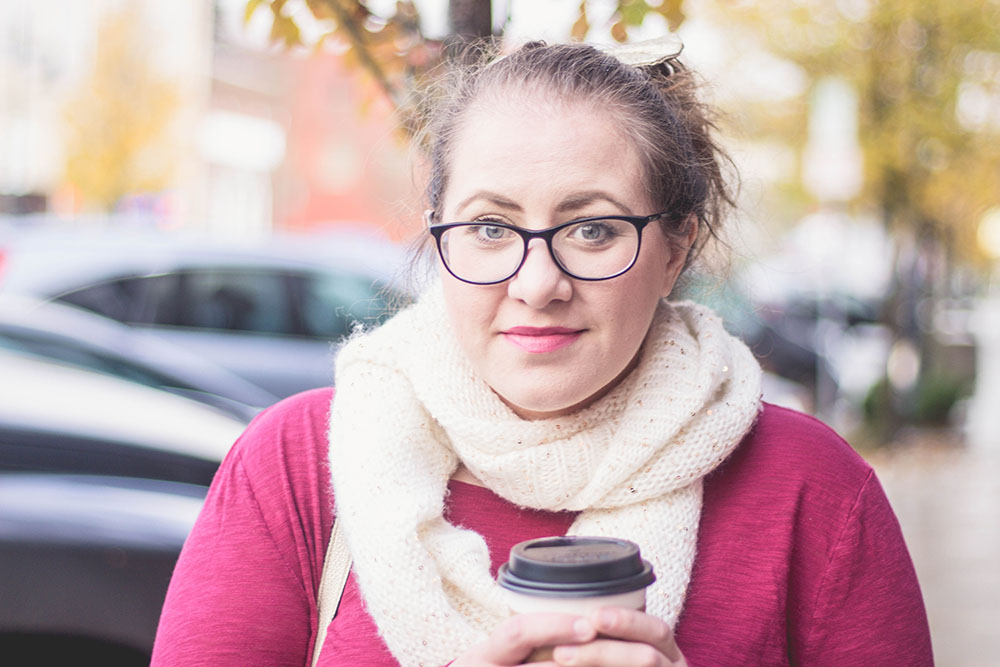 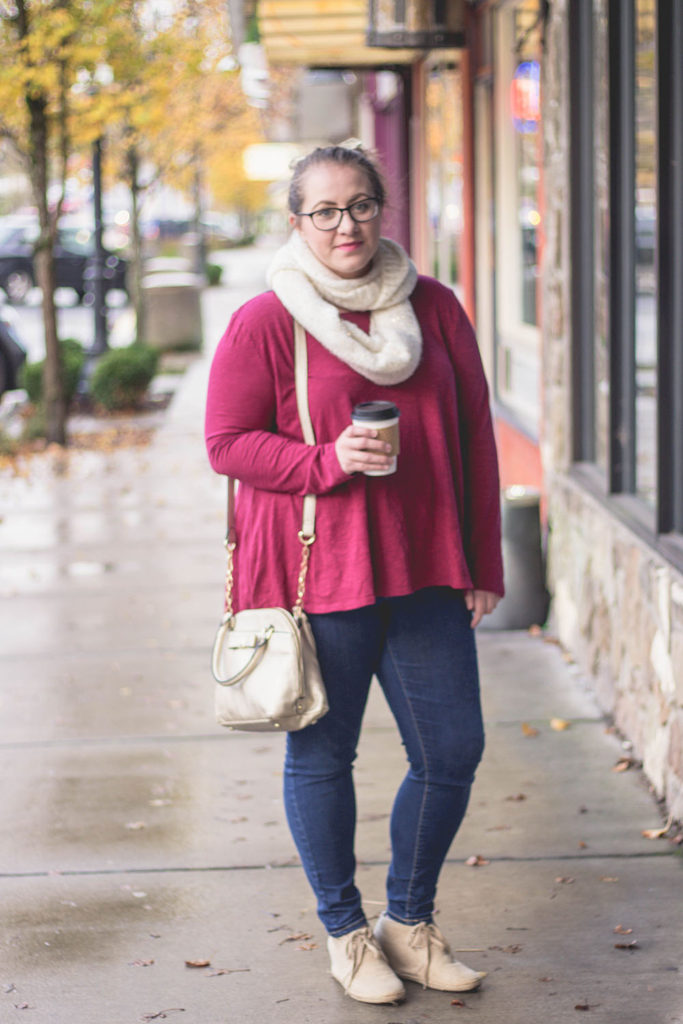 I like that it's wintery but not over the top. Plus there are sparkles on my head and around my neck <3 I also tend to overheat when I dress warm – anyone else find that? Like I wear a cozy sweater but once I start moving around and going from being outside to being in a warmer inside, I feel sweaty and gross. But seirously, anyone else? I guess that's what coats are for, but I don't really wear coats.

Here are the outfit deets:

Let's be real about this for a minute. If you've watched my blog at all over the past year or so you might remember that last year I was at my all-time low, weight loss. Those pictures are kind of hard for me to post because they're dangerously close to my all-time high. I've just been undisciplined and kind of apathetic about my weight/health. I've been noticing it in the way my clothes fit (lol or don't) but lately I've seen it in pictures.

I always think "I'll start when…" or "First I need to finish eating this thing and then I'll start…." but the reality is, it's just like my attempts at debt repayment. It's a small, daily choice. and the past year, I've chosen gluten and dairy and sugar. and I guess I thought it wasn't a huge deal, and I thought nobody would ever know… but like Shakira sang, hips don't lie… amiright?!

As I've been preparing my blog for the upcoming year, I've toyed with the idea of having a monthly health recap, much like I do my debt repayment recap. I'm good at toying with ideas, less great at implementing them, so we'll see. If you've ever lost weight – what has been good accountability for you?! or even just sticking to your overall health goals, in general. Help me out!

Time to adjust my bow and get to work. ;D 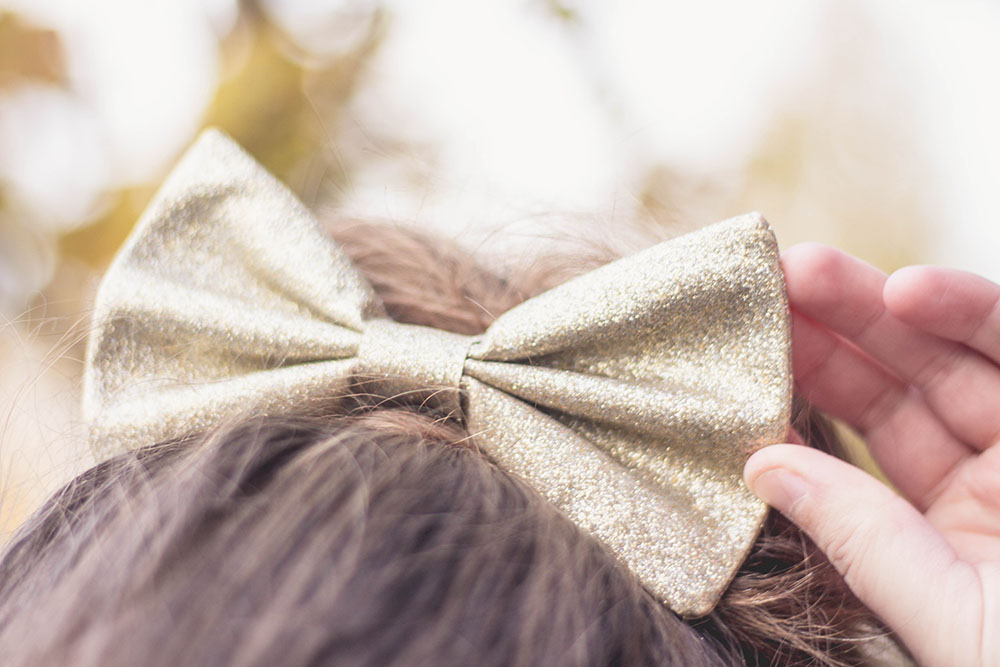