Last year I started a mission to de-clutter my life. One night I looked over and thought… I HAVE SO MUCH FREAKING STUFF and decided to start purging. I started with the top of my dresser, moved on to my desk, tackled the stuff by my bed, and recently massively de-cluttered my bookshelf by just getting rid of it (I sold it at a garage sale for $2).

There’s nothing like a garage sale to get you going to un-stuff your life, right? I took a break from my room and decided to do something with another area of my life. For those of you who don’t know, I live with my mom. While my life is overrun with stuff, for being 30 years old and having most of my possessions confined to one room and a portion of a closet.. I think that’s pretty good. But I love pink and thrift stores and one day I plan on not living with my mom, so I have slowly started collecting my own dishes. and I guess I maybe have a problem with collecting random dishes, because this is what my corner of the pantry looked like: 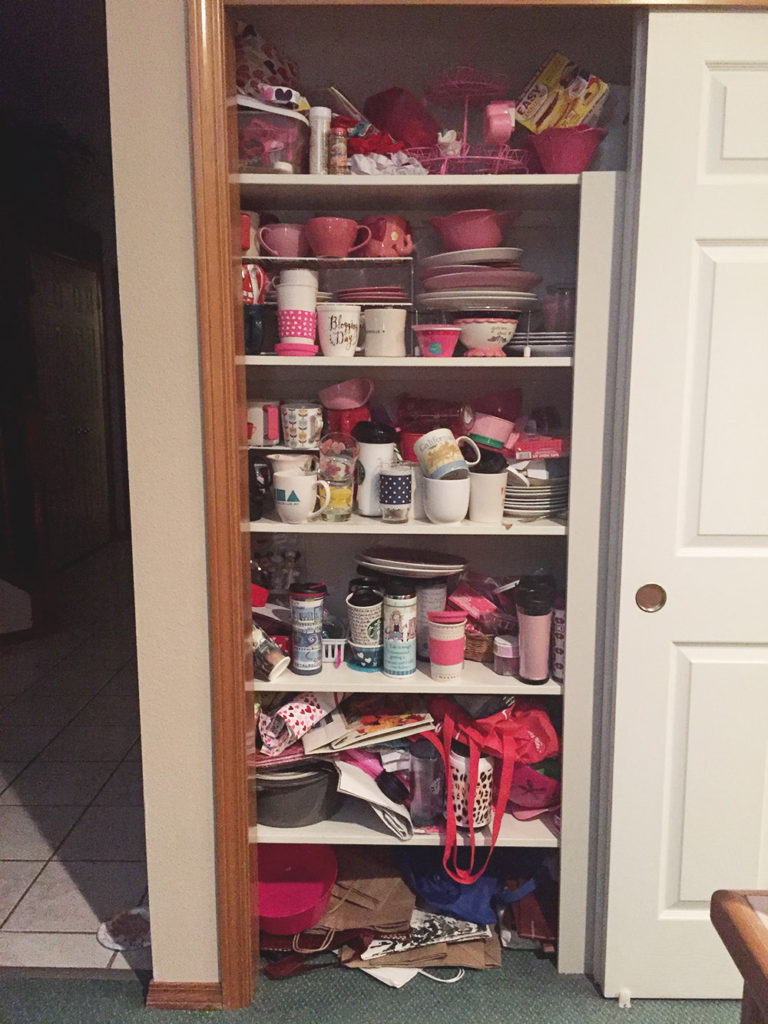 Yikes!!! There were SO MANY Starbucks traveler mugs, random appetizer plates, small cups and mugs. It was a complete mess and now I can’t really understand how I found anything in there! 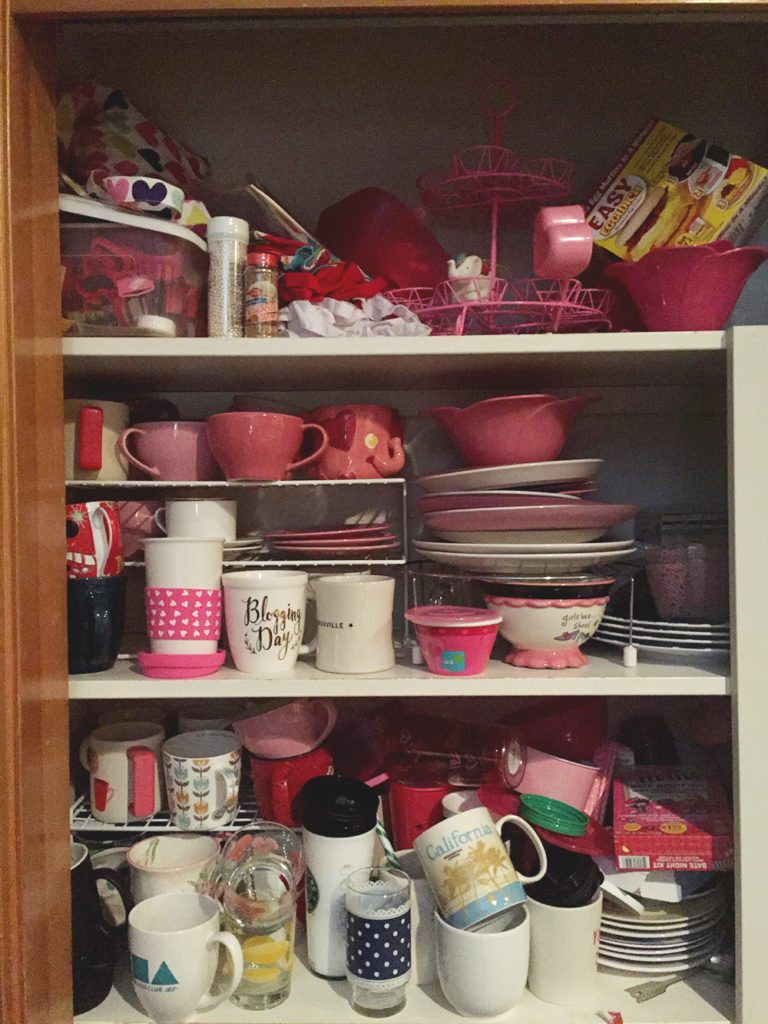 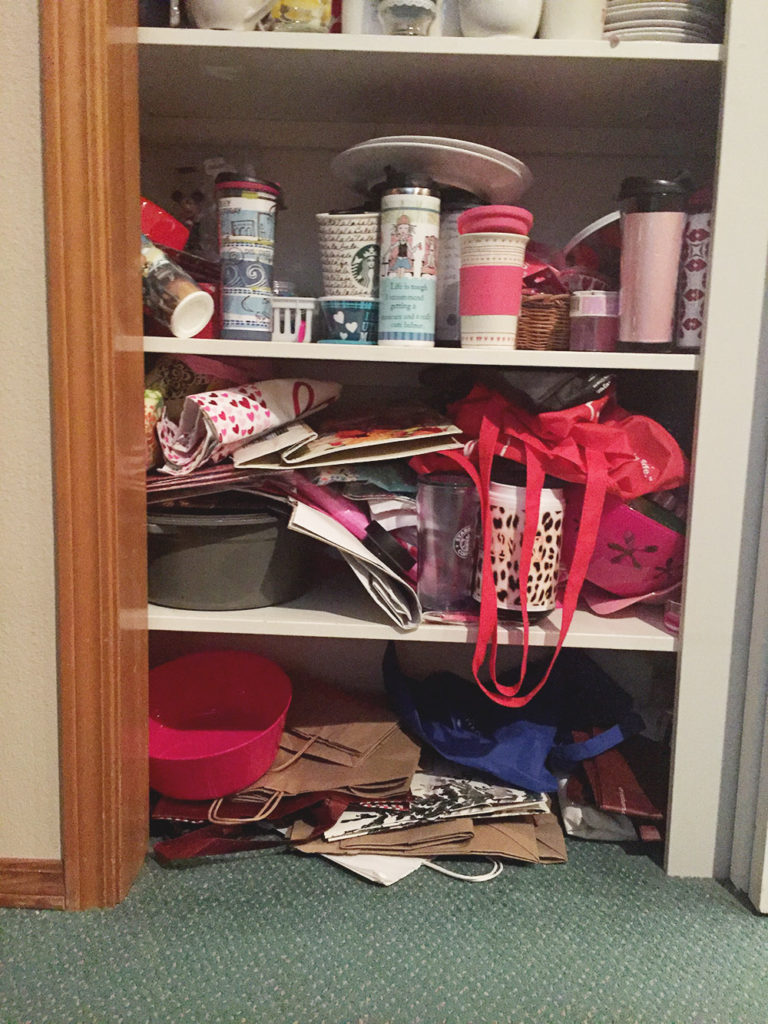 I just don’t even know.

So I spent a few hours one evening, taking everything out and only putting back things I really used and wanted to keep. This is the final product, and forgive all of these iPhone photos! 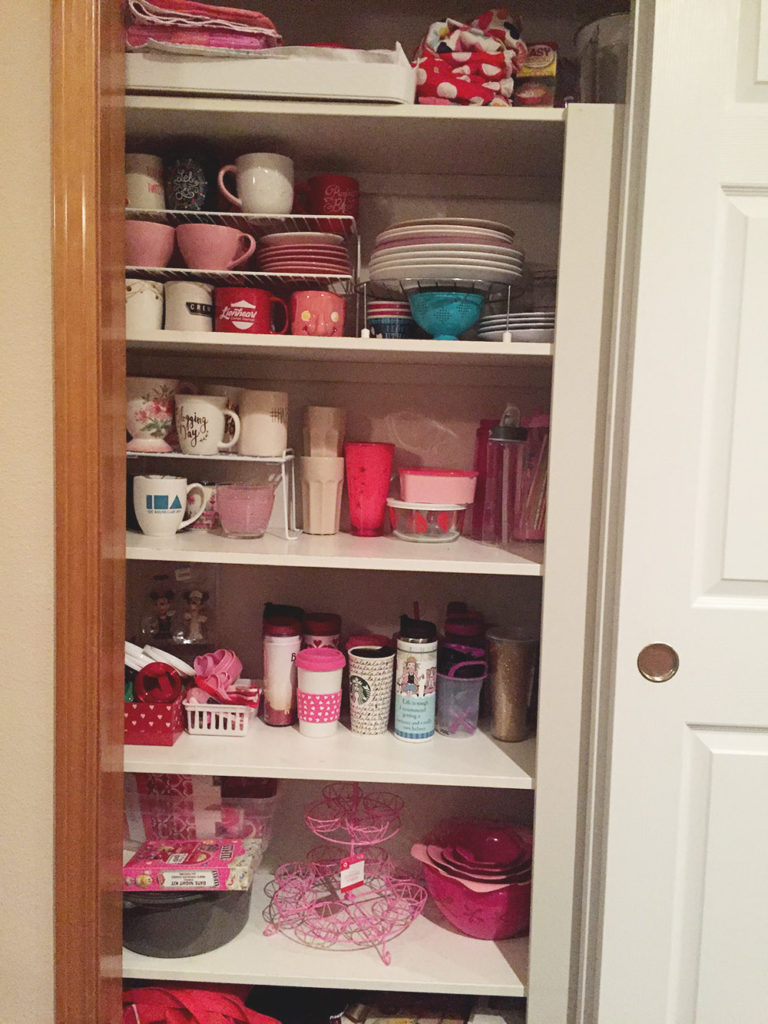 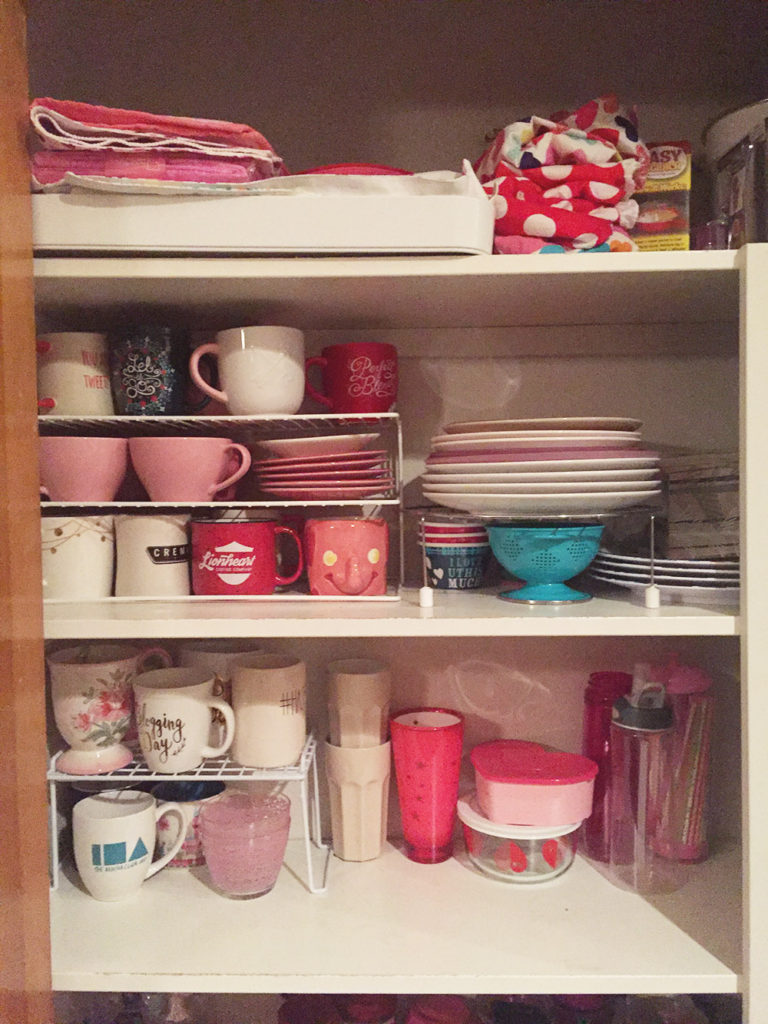 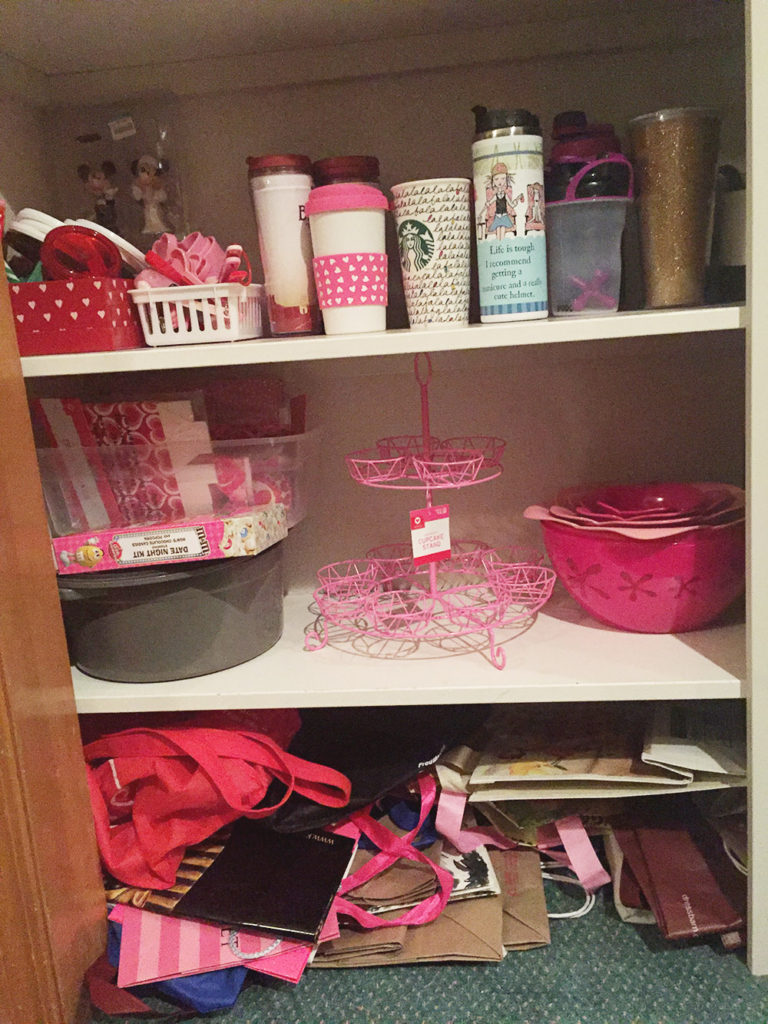 Also as a side note… I like REALLY love pink. It’s not for show or anything, haha. This garage sale had me purging a LOT of stuff. Today I was looking for my camera charger and I realized there aren’t as many places it could be hiding as there used to be, and that was a GREAT feeling… also a scary one, because I was worried I’d lost it for good. It was just in my car 🙂

Have you been bitten with the spring cleaning bug recently?