Happy my favorite holiday day.
All the hearts, all the sparkles, all the pink.

I want to tell you a story.

Last Valentine’s Day, I went on a drive with the boy I was dating. We talked about a bunch of stuff, I’m guessing. We were in the car for HOURS. But of the many things we talked about in the car, there was only one conversation I remember very clearly.

This guy he knew, Justen, had followed me on Twitter and I had followed him back. So I asked about this guy. There seemed to be some sort of weird drama and I remember saying “oh, I’ll just unfollow him, then.” because I am not about drama. But I never forgot his name, and sometimes I would look him up on Twitter to see if he was still following me (one of those weird things we do now thanks to social media). He followed me on Twitter for nearly 10 months before ever saying anything to me.

Then, as I laid in bed one night, a hot mess of tears and emotions because of the SNOW, this happened.

After an extensive conversation on Twitter, I gave him my number. and we made plans to get coffee. and then we made more plans to get coffee. and more plans. and then it just kind of made sense to hold hands and stuff and now it’s a thing. There wasn’t really a DTR, there wasn’t enough time for me to start sending screen caps of texts to my friends and reading into his words… it just was the most normal thing in the entire world.

I re-read this post about God knowing the whole story, and my heart chuckled and my eyes leaked a little bit, because “one heck of a plot twist.” 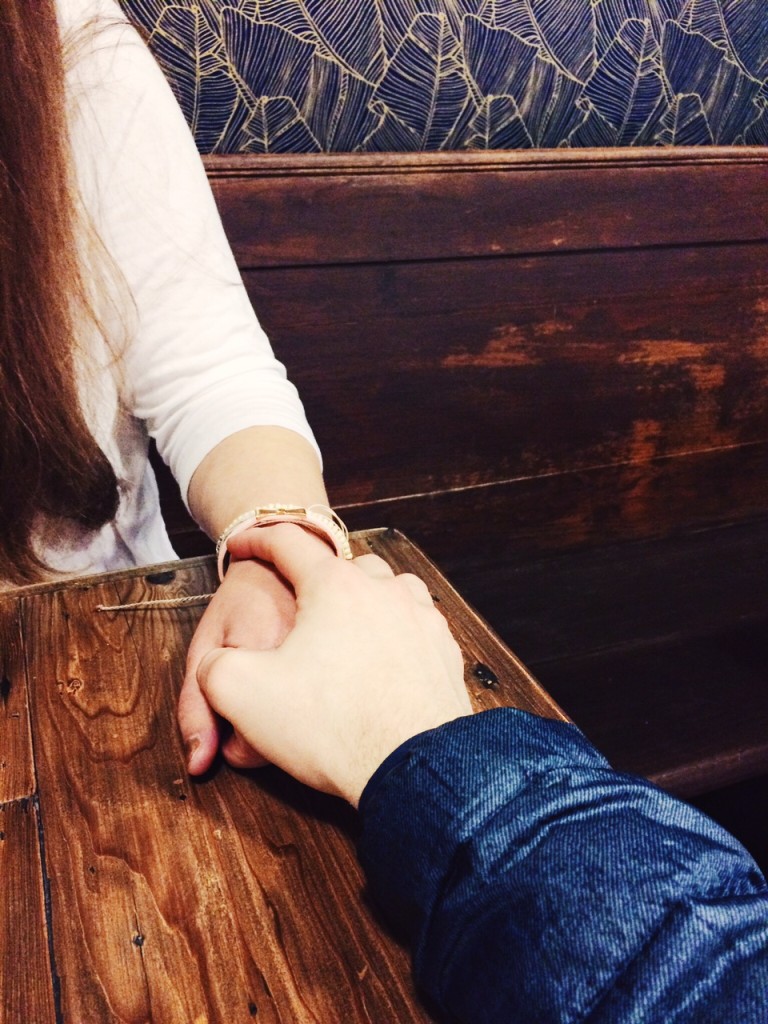 Justen makes me feel known. and safe. and important. He is honest and assertive and patient and a lot of other wonderful words.

That is probably my most favorite part, because we all know how much I LOOOOVE Twitter. 🙂

What a difference a year makes.

There it is. The sweet plot twist I knew God had for me.

Extra sweet is that Justen is all about the social media, too. Feel free to stalk him on twitter or instagram or encourage him to keep blogging.