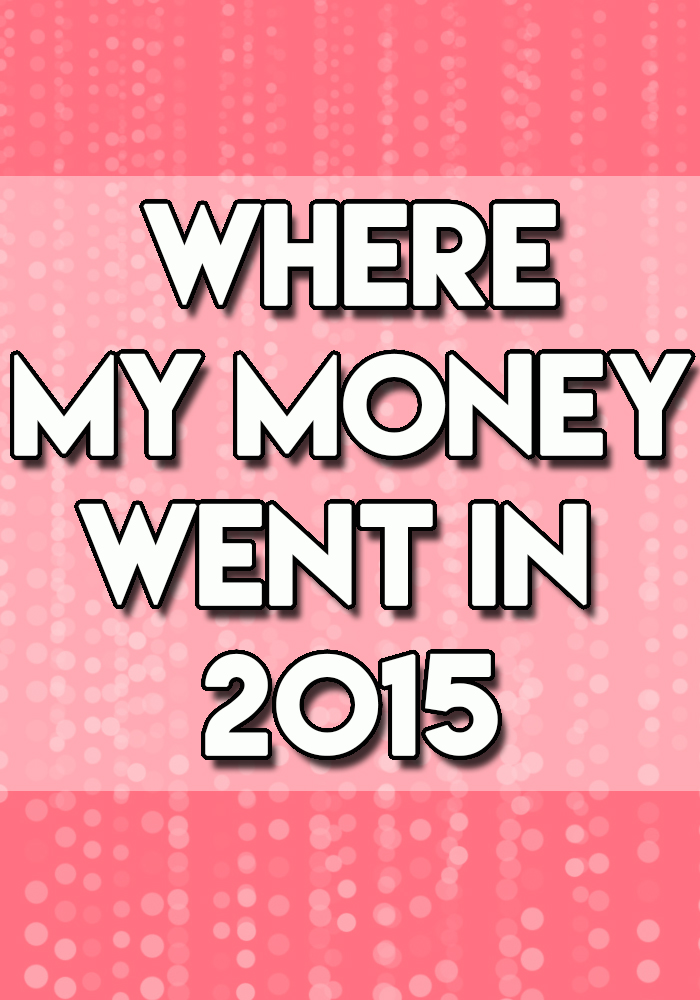 If you are financially conscious at all, you HAVE TO use Mint. That’s not an affiliate link or anything, so don’t go thinking I’m saying that to make some dollars.

Mint has it all – website, app, budgets, goals, updated credit reports… it’s amazing. I look at my Mint app at least 3 times a day, even if I’ve been sitting at my desk at work.

Today I realized that I could see where I spent all of my money in 2015, which is something I’d written about wanting to know in a post called Where does all your money go? To access the tool to see where your money went, go to Mint.com > Trends > Spending > By Merchant > Last 12 months

I didn’t start using Mint until April or so of this year, so this isn’t ALL of 2015, but let’s take a looksie.

Obviously, this is the sum of all of my spending. It doesn’t account for “other,” which was actually 44% of what I spent this year. This is what I consistently spent money on.

Can I just say that $1,300 at Target is ridiculous. I can’t even point to one “major” purchase that would account for that bill. It was $1300 of “that candle smells sooooo goooooooddddd” and “I need body wash” (and then accidentally buying lotion ugh). In October I had this idea to only go to Target ONCE a month, and I’m bringing that back. But everyone have grace for me in February because you don’t even know how much I love Valentine’s Day things.

Consistently, I paid the most money on my debt and travel and things like the dentist. There wasn’t one huge major purchase in my life (except the camera! that was kind of spendy).

But you know what I realized when I was looking through where I spent my money?

I spent $340 on interest charges.
Um… no thank you. I cannot wait until my credit card is paid off and I’m not paying someone else to let me spend money I don’t have. That mindset is freaking gone.

I also spent $192 on Julep. You know, that nail polish subscription box? Haven’t I already declared loudly that I DON’T NEED ANYMORE NAIL POLISH! And yet it seems like every month I get a confirmation of Julep box and I think “MOTHER #@$(*&@%(!!! I FORGOT TO SKIP THIS MONTH!” You know what I just did? I just cashed out all of my reward points and attempted to call to cancel my subscription (they were closed, but I’m going to call back). That’s $192 worth of mother @($*&$ing nail polish. NAIL POLISH, PEOPLE! FREAKING NAIL POLISH! GUESS WHAT! I FREAKING BITE MY NAILS!!!!! UGH!!!!! AND. Chatbooks. I don’t even know how or why I keep getting Chatbooks in the mail, but it adds up to $8/month. Canceling that RIGHT NOW. That is almost $30/month. That $30/month plus the interest charges means that I basically threw $700 away last year.

Okay so if you use Mint, I dare you to go look through where you spend your money and see if there’s anything that pisses you off enough to make changes. Let me know. I think getting pissed is a good thing because it’s a fire under your booty. Soon we’re all going to be debt free and well-invested and then we can all pay cash to have a retreat in the freaking woods where I’ll bring ALL THE NAIL POLISH WE NEED.