Have I ever told you guys about my food intolerances? They’re really fun, and I want to write something in the upcoming days that need you to know about them.

Two years ago I was lamenting to Aunt Sarah about my legs. They were rashy and SO ITCHY – sometimes I’d stay up all night crying because my legs itched so bad. She immediately told me to stop eating gluten. Uh, what? I ate toast every morning for breakfast and I loved me some sandwiches, oh and I ate a piece of banana bread every time I went to Starbucks. She then casually mentioned I should stop consuming dairy, too.

I remember sitting on the floor of her living room, scratching my leg, and telling her “one thing at a time, Sarah. I can’t imagine taking out ALL THOSE FOODS.”

Cold turkeying gluten was amazing. I mean, yeah… I did a funeral march up and down the aisles of Fred Meyer and let tears fall out of my eyes as I made note of all the things I wouldn’t be able to eat. and sometimes…. sometimes you guys, bread just smells SO GOOD. 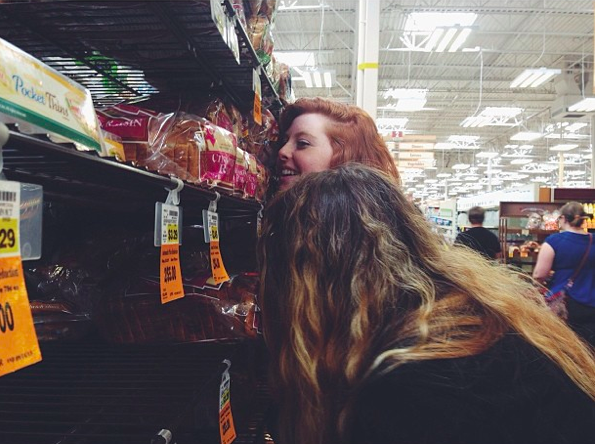 (literally myself and my gluten-free friend Sara sniffing bread)

At that point, I’d also been having what I’d decided were gall bladder attacks on the regular. I’d fall asleep feeling kind of sick to my stomach and spend most of the night tossing and turning with an intense pain. I had no health insurance so I did some research and was 100% certain I’d self-diagnosed correctly. Because of that, I ate no greasy or fried foods.

Then in July of 2013 something different happened. I had one of my fairly regular gall bladder attacks… but it wasn’t stopping. It had been going for a solid 6 hours, and I started puking. I NEVER puke. Like if I get sick, I get it out of my system by sitting (IF YOU GET WHAT I’M SAYING – JUST ADD AN H AFTER THE FIRST LETTER). That was the moment I called my dad and asked him to please come drive me to the emergency room, where I laid all over the dirty floor of the ER groaning and wincing and getting up only to puke more in the bathroom.

It was the most expensive confirmation I’ve ever had, because thousands of dollars later I was told that my gall bladder was the issue and they’d like to perform the $10,000 operation to remove it the following week. Being Stephanie Orefice, I started asking the doctor a zillion questions… like why was it happening if I’d already figured out the problem and was doing what I thought would fix it. 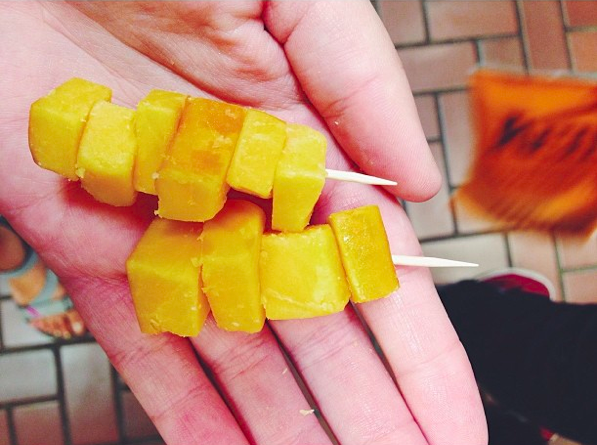 I mean…. yeah I do go through the Tillamook Cheese Factory Cheese Sample Line multiple times because have you ever HAD smoked cheddar cheese? and yeah, I’d had ice cream the day before and a lot of cheese the day before that and… dairy, really??

That’s when I realized that Aunt Sarah had been right.

Look, I’m a person who doesn’t like to draw attention to myself. and even though Portland is INCREDIBLY food intolerance friendly, are you guys aware of how often people are annoyed by food intolerances? 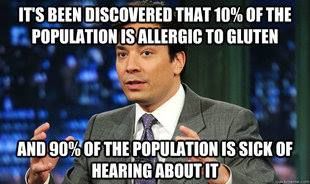 I have such a hard time being “that person.” You know, the one who always suggests Chipotle, Mighty Bowl or Freshii. The one who cringes at suggestions of italian food because that compromises everything (plus I hate red sauce anyway). Especially because gluten won’t make me sick, just uncomfortable and small amounts of dairy don’t bother me.

Since it’s an intolerance and not an allergy, I’ve had a hard time transitioning into being completely gluten/dairy free. I don’t want to be that jerk.

Good talk. This is a solid foundation for what I want to share with you on another day.