HOW IN THE WORLD is 2015 halfway over? What is this madness? What is this nonsense? Moving on to the more important things. Like a recap of what I’ve been doing the past month in regards to debt repayment. 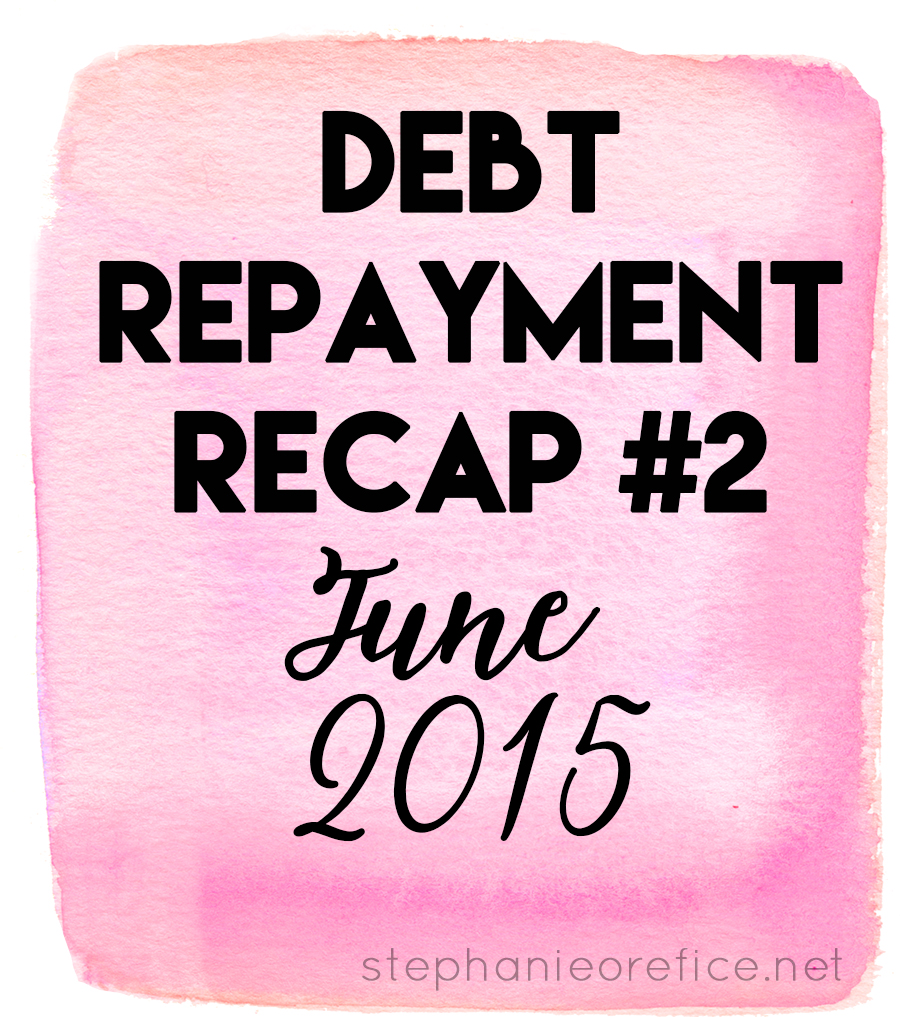 Here is where those numbers stand today:

Let’s look at my

$150 towards Dental Credit
Smashed this! After the interest charge I ended up putting $259 towards my dental credit. If I pay that much each month, then I’ll be free of that debt in less than 6 months. I still threw a lot of money towards my credit card, so next month I may pull back on that one to see how quickly I can pay off my Dental Credit!

Cash Only
Fail. Absolute fail. We went to Disneyland. I forgot to take money out. Game over.

Drop my overall debt by 1.5%
Smashed this. I was down 3.3%. BUT. I’d looked at May’s drop, which included an overlooked charge, and based June’s from there. If I’d only dropped by 1.5%… I wouldn’t have even paid my complete car payment, haha.

$260 towards Dental Credit
I did it last month… I can do it again!

Cash Only
Let’s try this again, shall we? No Disney trips on my horizon this time.

Drop my overall debt by 3.3%
Keeping up a good thing.

For some reason, this month was really hard for me. Even though I did a pretty good job of throwing money at my various accounts, I felt like I was constantly spending money. Something about traveling that will do that to you. The good news is that the other day I was trying to figure out how in the world I’d spent $70 in cash in a week without having any idea of where I’d spent it. Then I found $52 hidden in my wallet. So we’re good on that one.

You know what I keep doing? I keep thinking of all the things I could do if I had no debt. Nothing super crazy, but like… I could put a lot of money into savings, I could quickly earn a lot of Southwest Airlines Rapid Rewards points by taking short trips more often… not that I’d become some sort of ultra glamorous person, but I can’t get past the idea of FREEDOM.

Past posts on Debt Repayment: