Sometime at the end of the summer of 2013, I decided to start using floating rectangle pictures on instagram. I have no idea why. I guess I thought they looked super cool. But then sometime a few months ago, I started getting really jealous of the squares. I started thinking that maybe I was missing out on something because I wasn’t squared.

So a few weeks ago…. I did it. I went back to squares.

Because it’s hip to be square or something. I don’t know.

This has been life since I made that big decision: 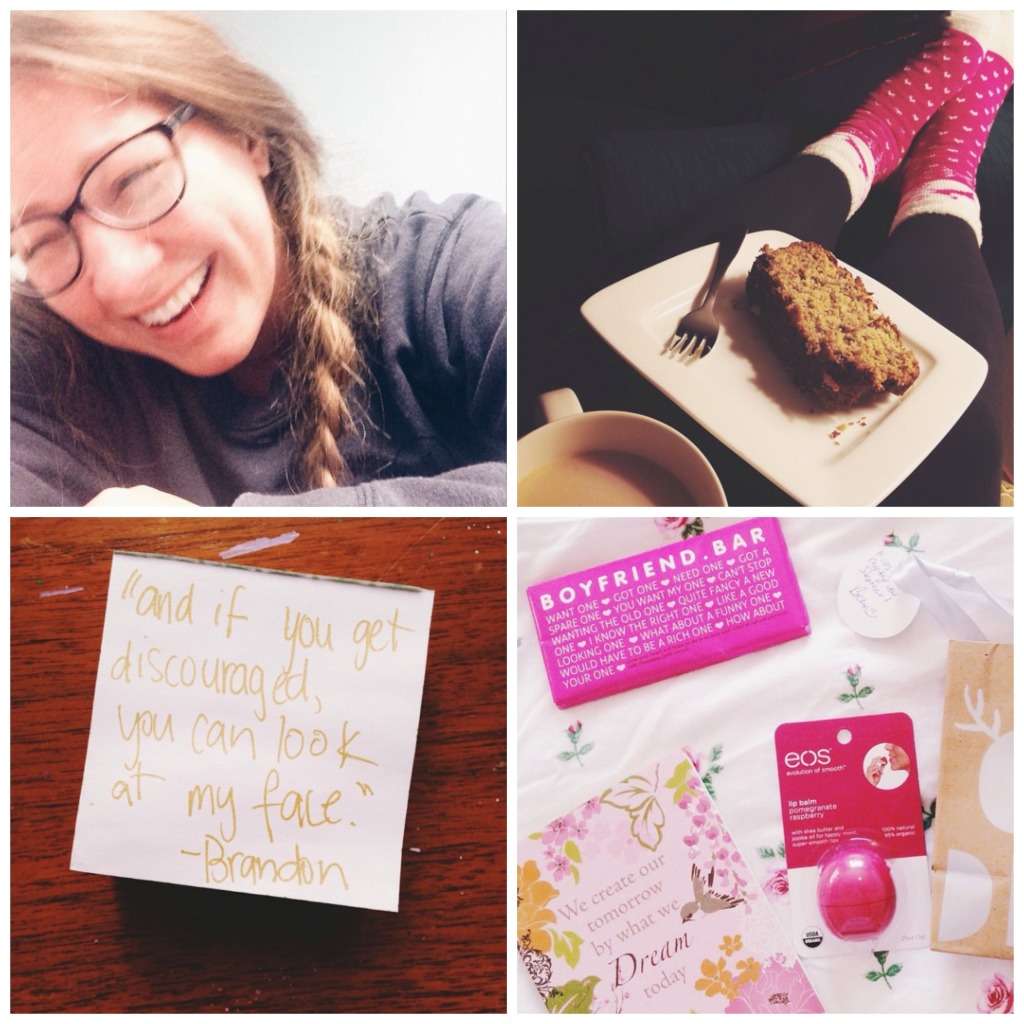 one //
My best friend Emily is hilarious. Together we are the funniest people in the entire world, even if we live far away from each other. On this day we were particularly funny, like almost peeing our pants funny. Naturally we were sending each other pictures of ourselves cracking up. and FYI, the thing that was so funny… gets more and more hilarious every single day.

two //
You guys. I have discovered the very best banana bread recipe in the ENTIRE WORLD. It’s coconut/banana bread. I’ve basically had a loaf of it in the kitchen at all times for the past 3 weeks. It’s moist (I’M SO SORRY THAT’S JUST THE BEST WORD TO DESCRIBE IT) and coconutty but also banana-y. It’s just perfect. I’ll share the recipe soon.

three //
In Nashville, I have these friends Travis & Megan. And they have this friend, Brandon, who I met the lat time I was there. And he is funny. We video chatted and as we said our goodbyes, he threw out this brilliant little sentence that I had to write own because it was so funny. Then when I looked at it the next morning, I realized it seemed like he was writing a worship song about himself. Haha.

four //
I recently spent the evening with Becky from Oh My Gosh Beck. She is fantastic and SO THOUGHTFUL. She gave me a little bag of goodies. On the day we had just met! All pink and all perfect. She gets me. Tomorrow we’re going to the movies together and I am so excited! 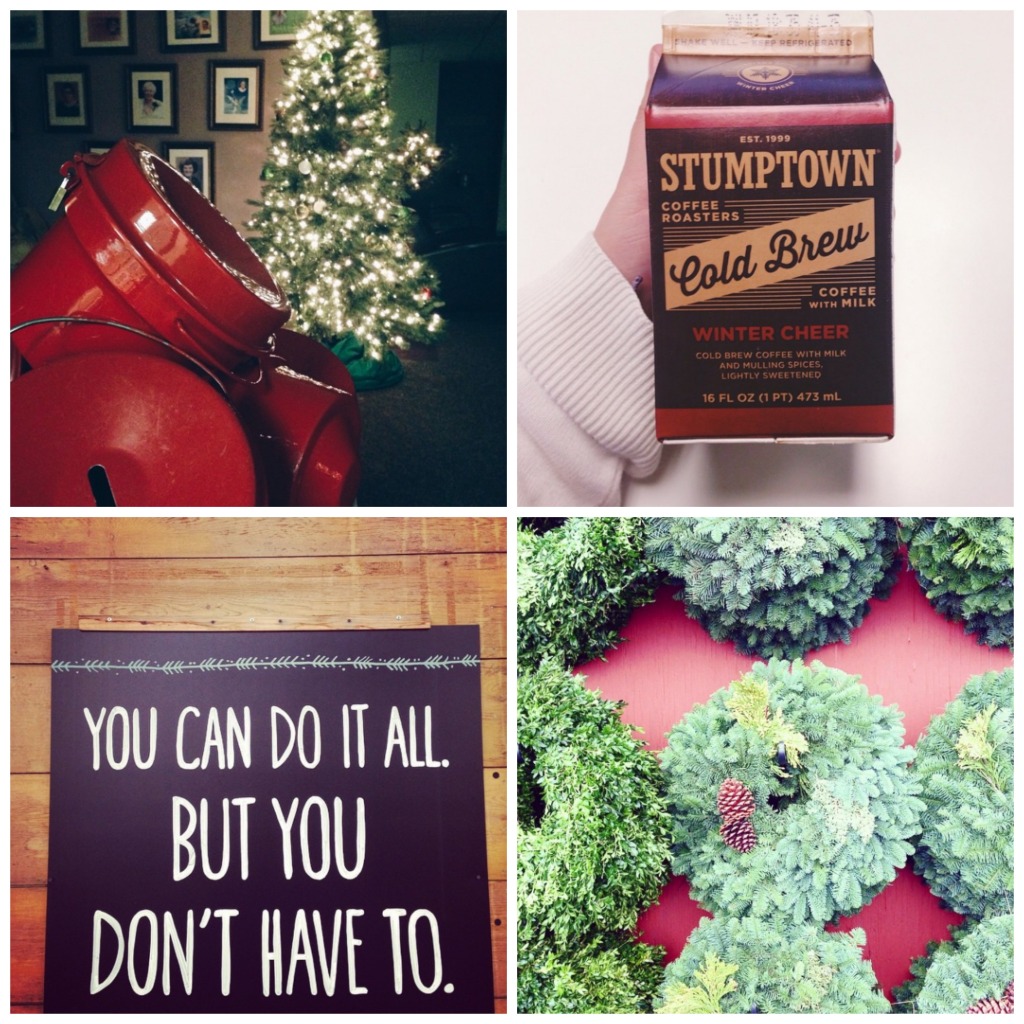 five //
In The Salvation Army, Christmas = kettles. and late nights. and maybe my 11th day in a row clocking in. But I’m okay with it because we’re raising the money we need to keep feeding the hungry members of our community.

six //
Okay so I’m all about these Stumptown coffee cartons and I was soooo excited to try this Winter Cheer brew. It was weird and thumbs down and I wished I’d spent my $4 at Whole Foods on a regular carton of iced coffee. But eh. You live and you learn.

seven //
“You can do it all. But you don’t have to.” <<< God bless you, Whole Foods. I really needed that encouragement.

eight //
Once a week I go to Trader Joe’s and buy asparagus and coconut chips. That’s probably a really weird combination but eh. That’s what I do. Sometimes I shake things up and even buy almond butter or green peppers. But they had these fresh, wonderful smelling wreaths outside. I wanted to sit next to them and soak up their scent.

Well.
There you have it.
An ultra exciting look into the last week and a half of my life.
🙂