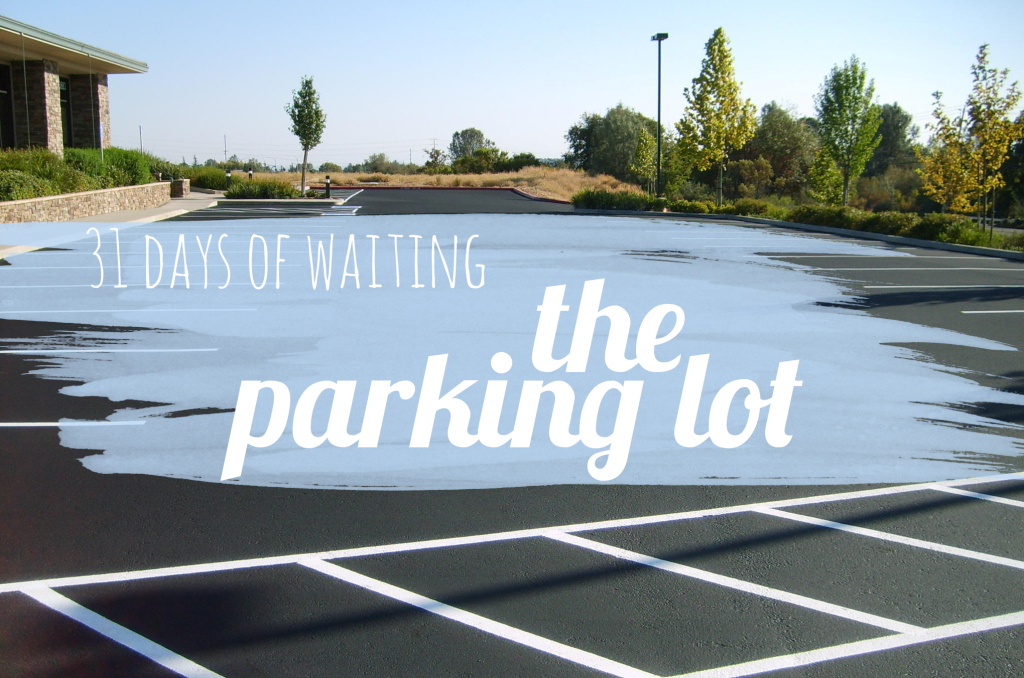 The other day, I was riding with my friend somewhere. We were meeting at a parking lot.
I got there 10 minutes early. He was running 30 minutes late.

I figured I should make the most of waiting. I decided to read some of Holy Curiosity, but I like to read when I’m comfortable… laying in bed or sitting on a couch, in sweatpants, sipping either tea or coffee, with my hair thrown out of my face with no regard to how it might look. I was sitting on a curb.

There were a few months last year when my friends, single women, decided to buy houses. I remember talking to one of them and she said “it feels like I’m doing this so out of order. I was supposed to meet someone and get married and then buy a house.” She didn’t want to settle in too much because she was waiting to be interrupted. She didn’t want to establish herself alone because she was waiting for someone. I was so proud of her for being so brave, for getting a “write this in your address book in pen” address while she waited.

Every day I see my friends be so brave while they are waiting. I can’t write enough about the bravery of my friend Donna, who hasn’t been able to have a baby but believes in the God of miracles. She holds babies and celebrates her friends pregnancies, even while praying from the depths of her soul for a child. Another one of my friends also desires to be a mom and she took custody of her cousin’s 3-year-old daughter, going from an independent, single woman to a single mother of a child that looks nothing like her.

Sitting on that curb reading wasn’t comfortable and eventually I walked into the store. I realized Ernie’s birthday is soon and I should send him a greeting card so while I waited, I read birthday cards and laughed at the funny ones (like out loud, by myself… no shame). I picked one out and went back to the curb, where I spent time carefully choosing the words inside a card with two bunnies holding tiny mugs of coffee.

The point is – I don’t think we’re necessarily supposed to get COMFORTABLE. I think we are supposed to get BUSY. When we are DOING SOMETHING, there is less of a burden in waiting because our time isn’t measured by empty spaces of nothing but looking up from the book we’re reading on the curb every time a car drives by.

Eventually my friend showed up, and I hadn’t even realized that I’d been there waiting nearly an hour because I hadn’t sat checking the time on my phone every ten minutes. I decided that he knew my number and could call me when he arrived. In the same way, we serve a God who knows how to get ahold of us when the time is right, and he ALWAYS shows up on time. I think he’d rather find us laughing at cards in the store than sitting uncomfortably on the curb, getting crankier and crankier with each check of the time.