I cannot operate in chaos. Sure, I can live in it no problem but I cannot operate in it. When things are like this I cannot read books or write effectively. The past few weeks I’ve been in and out of my room, using it to change clothes or switch things out of bags. I finally had a few solid days at home and tackled this.

Right now the room I’m sitting in looks more like this:

…and it feels good. Really good.

Sleep has been a problem for me lately. I’ve been going to sleep around 3:30 am, which is absolutely awful for someone who loves the morning as much as I do. So I’m going to try and turn my computer off at 11 pm every night. That even means {gasp} turning off itunes and finding alternative ways to listen to “Not Alone” by Darren Criss, but more on that song later. Right now it’s 11:19, so I’m failing terribly… but I spent 30 minutes before this jumping on my bed and lipsinging the Glee version of “Don’t Stop Believing.”

Speaking of singing. I joined a choral group. Today was my first rehearsal with them. Really great timing because next Saturday we’re doing a zombie flash mob to a calypso zombie song. Which means I have a week to memorize the song and learn the choreography&blocking. I had a lot of fun, and I especially enjoyed the songs that moved so fast I had to concentrate really hard. Usually I am stuck accompanying vocal groups; it’s been a very long time since I’ve sung a  piece of music. It felt GOOD.

Speaking of pieces of music… 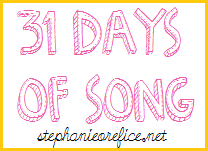 Song #23 – Passenger Seat by Stephen Speaks {the first artist to appear TWICE on my list!}
I’ll spare you all what Jami affectionately calls this song, because it ruins it. Completely ruins it. 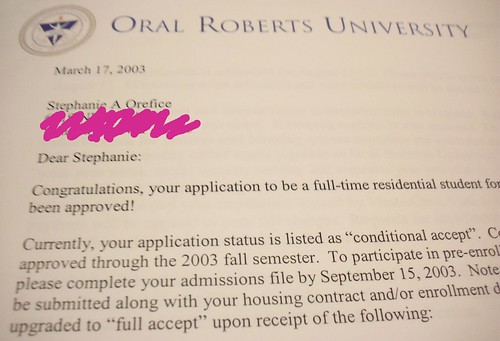 Even though I got in, at the last minute I completely bailed. One of the best decisions I’ve ever made in my life.

However, it’s now been 8.5 years since then and I still have yet to see Stephen Speaks.

31 days of song was probably a terrible idea; I should have instead just said “31 days of music” so each day I could just gush on and on about artists I love, because limiting myself to a song is hard. The more I think of what to say about “Passenger Seat,” the more I want to say “oh but then there’s ‘The Leaving Song,’ and ‘All These Things’ and ‘Out of My League’ and ‘Inspiration’…”

So let’s just say this. Passenger Seat is a disgustingly sweet song. and it’s one of the few songs I love to play on the piano without singing, because I think the melody is beautiful enough that it doesn’t need words. This song, along with Ben Harper’s Forever, appeared on almost every single mix CD I made between the years of 2002-2004.

Writing about songs is harder than I thought. But I’m in the home stretch.