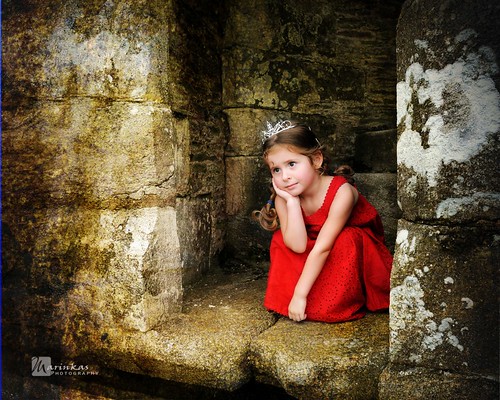 As a single girl, I spend a lot of time with single girls. I’m always around them and talk to them a lot.. and I realized the other day that there are things single girls do that really annoy me. So I have compiled this little list.

#1. Purity rings on their left hand ring finger.
There is absolutely nothing wrong with purity rings.. in fact, I actually have a purity ring of my own somewhere. However, wearing it on the ring that is typically reserved for an engagement or wedding ring is really strange to me.

Maybe because I am a single girl and I’m really weird about propriety and stuff, or maybe just because I’m a single girl, I always notice ring fingers. Today at Starbucks the guy who took our drinks had on a wedding ring. So I started imagining what type of girl he would have married; and then where did they meet? I am not even kidding, I really thought through all of this. It was all in a very quick few seconds, but I thought those thoughts. How empty, to have a ring but nothing for others to imagine.

Whenever a girl who I know is not married has a purity ring on their ring finger, I kind of get scared of them because they become really intense (even if we’re outside.. haha intense joke) in my eyes.

Plus if I were a boy and I saw a ring I’d just stay away.

#2. Changing your Facebook status from “Single” to _______.
Once my status went from “Stephanie Orefice is in a relationship with _________ (masochism?) _________” to “Single.” First it sucked to have the unwanted attention from people who didn’t really know me but were curious. Then it sucked to have to be reminded that it used to not say “Single.” so after about a week, I just took the relationship status off completely.

Except Facebook said “Stephanie Orefice is no longer listed as single” and then it brought attention my way again.

That was a legit misunderstanding between myself and Facebook. However, I’ve seen a lot of girls toy with their relationship status when I know that nothing’s changed in their lives. Why? That makes no sense to me. If you were to get married, would you screw with your status that same way to stir up some drama? It’s okay to be okay with being single. You don’t have to be complicated (except you probably are).

In addition to that, a fair amount of the population is single (promise — I would tell you to go sit at a mall and lo0k at ring fingers, but thanks to the problem of #1, this will most likely be inaccurate) and so you are not alone. We were all actually born single, so it’s completely normal. Don’t worry.

If you are like me, and you have your occasional “not only am I going to die alone, but I don’t even like cats so I’ll REALLY die alone!!” days (I had one a few days ago) that’s fine. After about an hour, I shaped up and felt stupid. You probably won’t end up alone. Unless you are crazy. I know a few really crazy single girls, and sometimes I wonder about them…..

#4. Write public letters to their future person.
This one baffles me. I’ll admit that I’ve scribbled a letter or two to whatever poor fool ends up with me, but they’ve never and will never appear in a Facebook note, blog entry, etc. That’s just weird. What if someone who is friends with you on Facebook already ends up being the person for you, and they read that letter like twelve years prior to your getting married and it wasn’t really that special because then you dated someone who had facebook and read it and thought it was for them?

Maybe this isn’t really a huge deal, but it just seems to cheapen it. Kind of like how if you aren’t married but you’re wearing a purity ring on your ring finger and someone presents you with an engagement ring and you have to take a ring off to put that one on. It’s not that it’s a HUGE deal, it just steals some of the excitement.

Write it in a notebook or something. Maybe they’ll make a movie out of it, but they can’t call it the obvious.

#5. Strong hatred towards couples.
I know, it sucks. Stop being angry and jealous. It’s not actually gross when people hug. This one really makes me frustrated. Don’t blame someone else because you don’t have a person. It’s not their fault, and they probably wouldn’t have dated you even if they weren’t dating her.

Of all of the things listed, this is the most aggressive thing that happens. I’ve seen it before.. it’s like their happiness stole yours or something. I’d try to write it eloquently, but thanks to the movie Mean Girls, it’s already been said.

#6. “Jesus is my boyfriend.”
No. He’s not. Jesus is not your boyfriend. Saying Jesus is your boyfriend doesn’t make you less single. This, or any implications that a relationship with God is why you are single really makes me angry.

Yes, I believe God has called certain people to be single. However, the problem arises that people claim they’re single to focus on their relationship with God when a majority of the time (I’m leaving room for exceptions because I know they’re there) it’s an easy way to pretend like you’re not bothered that you’re single. The only reason I put this down is because 90% of the times I’ve heard this declared, it was by someone who was not and had not been anywhere near a potential relationship in awhile so it seemed weird.
#7. Leading boys on to feel some sort of validation.
For the last time: it is ok to be ok with being single. If you are not interested in a boy, please for his sake and for the sake of a person who will one day love that boy.. don’t mess with his emotions. Senseless flirting is so annoying. Nothing makes me more upset than when a boy thinks a girl is interested in him and the girl declared no interest but liked the attention.

This is my philosophy: all someones that I know will most likely end up being someone’s someone. How would I want a girl to be treating my someone? …..very carefully is my answer. Very carefully.

#8. Letting their singleness affect their relationship with God.
Doubt, frustration, anger, overlooked, inadequate.. all feelings that I’ve experienced in the boundaries of my relationship with God surrounding the whole being single thing. Every so often, like when I am in the pumphouse smashed between two couples (love you guys!!!) I get angry that God is making me wait. Or when I see people my age starting families, I wonder ‘why not me?’

If I have placed my life in the Lord’s hands, I have surrendured everything to Him. God doesn’t exist within time. Eternity has no time economy, and so it’s hard for us to understand the thought of waiting.. because God operates on HIS TIME, which is nothing like ours.

Adam had the closest relationship with God that any human has had; he walked with him and talked with him (hey that sounds like a song) and yet Adam felt lonely. He looked around and saw that there was no suitable match for himself and felt a little empty, even in that perfect relationship with God. Feeling lonely is valid. Don’t feel weird or pathetic for feeling lonely. God then gave Adam a suitable match. Adam probably wrestled a lot with feeling lonely next to such a perfect creator.

The Apostle Paul says that being single is a gift. If God has given you the gift of singleness, then I firmly believe that he will equip you with the tools to live a lifestyle contrary to human nature (refer up to Adam, which happened before sin consequences). God is good; God is kind; God is loyal and loving and lots of other words. If he calls you to something, he will prepare you. We don’t always choose to accept our paths (Jonah) or even utilize the resources he gives us  (The Great Screwup of Moses; Exodus 2). He doesn’t leave us to wander.

All of this to say that if you are confident that you have not been called to singleness, don’t let your singleness bear bitter fruits in your relationship with God. His ways are not our ways. He LOVES you and has the phenomenal ability to act in YOUR best interest, and frequently acts on your behalf even if it means having to listen to you whine and complain for a few years (remember, no time?).

Personally, whenever my person enters my life or is revealed to be my person, I hope that he is following so hard after the Lord’s will that God has to point to me. It is my prayer that all of you fellow unpersoneds feel the same way. Do your future person a favor and be that for them.

Remember that Jesus wasn’t married. If being human comes with an inevitable longing to be partnered despite a ridiculously close relationship with God (Adam!) and Jesus was completely human.. then I’d venture out to say that he may have struggled with a loneliness in this way as well; he just never let it get in the way of his relationship with the Father, whom he trusted with his life. We shouldn’t either.

* I had no intentions for this post to become serious *