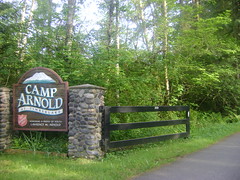 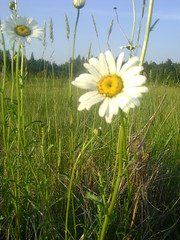 flower in the field

Camp is going well; very challenging (and exhausting) but it is really blessing me so far.

Last week I had the opportunity to meet a little girl who had no idea what to do with her free time. I introduced her to the Camp Arnold Bead Club, where you try to earn all 10 colored beads that are collected for various activities. Every free time, she would walk up to me and we would discuss what beads she needed to get. We didn’t talk much outside of that, but she blessed me so much.

There was a lot of commotion last week; lots of illness and a fair amount of injury. On our campout, someone fell and hurt their knee pretty badly. On Thursday, someone fell down some stairs and sprained their ankle. It’s getting frustrating to see so much distraction and to have so many people taken out, but it’s just proof that we are engaged in a spiritual battle. 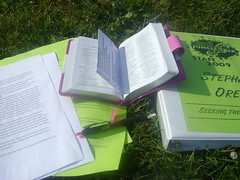 I’ve been doing a lot of crying, and I’m not sure why. Yesterday I was so exhausted and overwhelmed that I stormed into the field, fell on the ground in the shade of a tree, and wept. After I opened my eyes I saw a little spider with a red butt crawling around, so I watched him go from one blade of grass to the next, wondering how big the world must seem to him.

It’s the fourth of July today. I thought yesterday was the fourth so it seems a bit deja vu to me. A bunch of us went into Eatonville to watch the fireworks. I pondered the strangeness of it all; tons of people staring at colorful explosions in the sky, to mark our freedom from someone else. 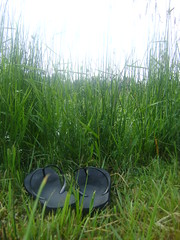 As we were leaving, one of my friends brought up the idea of how weird it would be if people lived on the inside of the world, inside of a hollow sphere. It’s blown my mind to think about, and I think that in the fall I’m going to spend time actively creating a story based on a people who live on the inside of a planet. What would happen if they got out? Think about it.

There were a few cars heading to the Kastamas after the fireworks, but instead of trying to figure out which car to go in, my friend Joe and I started walking. We kept walking and didn’t look back for awhile. Joe finally did and I thought about how in another time, place and situation, he would have turned into a pillar of salt for that. We decided we’d walk to the Kastamas house, but when we turned a corner we saw Bradley in his car so we got in. I slightly regret not continuing to walk. There’s something about walking around aimlessly that feels so liberating. Not sure what.

The people here are amazing; I am humbled to be a part of their community, and to be their friends. So many of them make me fall on the floor in laughter, so many of them patiently put up with me, and so many of them pray for me and with me and talk about the various aspects of Jesus with me.

One last thought. I see Jesus in all of these people. His humor, patience, kindness, forgiveness, grace, sensitivity, conviction, love.. and yet none of it looks the same. Jesus is so much, and we can each only display so little. Nobody could ever encompass all of who Jesus is, so it’s split up among us. Crazy. 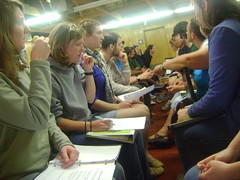